The five star housebuilders, which are bringing new homes to Hampshire, have launched the new Barratt Developments PLC Charitable Foundation with a £500,000 charitable donation.

The new Foundation (www.barrattfoundation.org.uk) will bring together Barratt’s wide range of charitable activity under one organisation and will provide a long-term strategy to the company’s charitable giving which it aims to be industry leading.

In recent years, Barratt has increased the scope and scale of its charitable giving substantially to £4.5m last year, launching six major new national charity partnerships in the process.

Barratt is committed to building strong community relationships and ensuring it creates a positive legacy that helps local communities to thrive. As part of its charitable giving strategy, Barratt supports a range of local and national good causes and encourages employees to get involved with both fundraising and volunteering.

To mark the launch of the Barratt Foundation, and to celebrate the milestone of the housebuilder building its 500,000th home, Barratt is donating £500,000 across ten important charities and asked its employees to vote on which should receive the largest share of the donation.

Of the ten charities chosen, five will receive £25,000 each (Re-engage, The Samaritans, Refuge, The Matt Hampson Foundation and The Care Workers’ Charity). Three charities will each receive £50,000 (CALM, The Wildlife Trusts and Marie Curie) while Dementia UK, which was voted in second spot, will be given £75,000. The charity that was voted number one by Barratt employees was Macmillan Cancer Support and it will receive an impressive £150,000.

This year helping charities is more important than ever as many of them have had their funding substantially reduced because of Covid-19.  Across the last 12 months in addition to its usual charitable giving, Barratt has given St Mungo’s an extra £125,000 in emergency funding to help with homelessness, £50,000 to the Computers for Kids campaign and £150,000 to NHS Charities Together to support the NHS.

Jon Green, Barratt and David Wilson Homes Managing Director, Southampton Division, said: “We are launching the Barratt Foundation now to be the focus of our charitable work going forward. In the middle of the coronavirus crisis, we must look after charities as much as we can, and by launching the Barratt Foundation it means we can dedicate more time, effort, and funding, to supporting them. Combined with building our 500,000th home, we are marking this milestone by helping people and donating £500,000 to ten charities doing amazing work.”

Since the company was formed back in 1958, Barratt has built 500,000 homes, which is more than any other housebuilder and more homes than in any UK city outside of London.[1]

Sir Lawrie Barratt built his first home back in 1958 and since then Barratt has grown rapidly to become the leading housebuilder in the country. In the 1970s it produced the famous TV advertisements with the Barratt helicopter, which helped to turn it into a household name. In the 1980s even Margaret Thatcher bought a Barratt home, and by the end of the 1990s it had completed its 200,000th home. After purchasing David Wilson Homes in 2007, it grew to become the UK’s largest housebuilder.

Barratt and David Wilson Homes are building new homes across Hampshire, including at King’s Chase in the picturesque village of Romsey, Berewood Green in the popular area of Waterlooville, and New Quarter making up part of the exciting Whitehill and Bordon town regeneration plan. 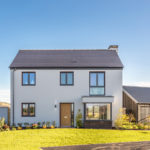 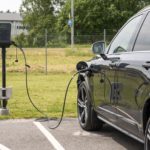 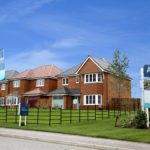 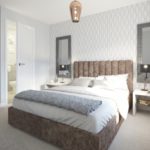 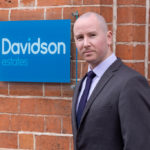 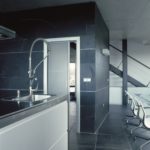 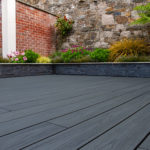 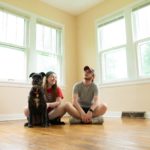 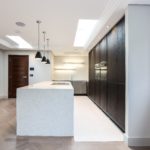 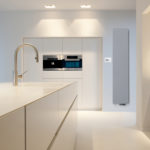