According to a housing association, residents in Bishop Auckland are supportive and keen of a scheme to build 200 brand new homes in the area.

During an event at the Auckland Youth and Community Centre, County Durham Housing Group and Durham County Council’s proposal for the Woodhouse Close area were discussed in depth, with a positive outcome.

Following initial feedback earlier this year, over 40 residents spoke to officers and saw first hand just how the plans were revised following their comments.

A whole variety of new homes were proposed, while a number of other improvements to Woodhouse Close were mentioned.

The new updates plans include a number of wheelchair adaptable bungalows with affordable rent, while there will also be two, three and four-bedroom family homes up for sale.

The homes for sale are set to be built in conjunction with a private sector developer, who for now is undecided.

It seems that the bungalows with affordable rent will be built first, with discussions taking place with prospective developers for the houses in the background.

The resulting feedback will be channeled into the first drafts of the planning applications, which are set to be submitted later in 2018.

“We’ve had a lot of useful feedback from local residents throughout the process and it will really help us to develop planning applications for the first homes later this year.” 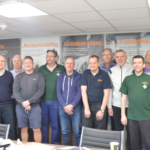