The government must boost the number of larger homes in the English housing market to ensure “the future stability of housing supply”, according to a report commissioned by housebuilder CALA Group.

CALA, which commissioned Nathaniel Lichfield & Partners to compile the report (NLP), warned that the government’s focus on delivering smaller homes for first time buyers and downsizers was “misguided”. It was the larger family home that would unblock the nation’s housing ladder, the company claimed, pointing to the research which showed that since 1991, 72% of England’s housing completions had one to three bedroom dwellings, with only 28% of new homes having four bedrooms or more.

The housebuilder explained that with the rise of the UK’s middle classes and the trend for “empty-nesting” among the older population, more home owners and younger buyers were seeking larger properties to avoid overcrowding. The research showed that more than 700,000 households were overcrowded – eg; a family of four living in a two-bedroom home. Meanwhile, 7 million households – families and the elderly – were under-occupying their homes, reportedly having at least two spare bedrooms.

A new four-bedroom home would address overcrowding for current households as well as meet the needs of smaller, newly-forming households with the freeing up of smaller housing further down the ladder, CALA said.

Alan Brown, CALA’s ceo, commented: “With UK households across all age groups increasingly in favour of under-occupying their homes, while overcrowding remains a key concern for growing families, the only viable long term solution to addressing the spiralling cost inflation of the UK’s largest homes and easing pressure both up and down the UK housing ladder, is for planners to be more supportive of large home development across the country.” 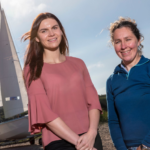 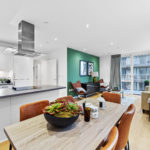 10th February 2020
We use cookies to ensure that we give you the best experience on our website. Learn moreOk