The construction of stairs in new homes has taken a step closer to safety, thanks to an important new initiative from Staircraft Ltd which won national recognition last week.

Stairs are a major safety hazard in buildings under construction, particularly as they are often fitted at an early stage to allow easy access for the various trades to the upper floors.  This traffic can put strain on the staircase and can put the users at risk, particularly if they are carrying loads. The risk of accidents is increased significantly if site practice is not carefully managed.

Staircraft zoned in on this issue for Barratt Homes, ensuring adequate slip protection and protection from falling from heights was in place at the edge of landings and on the flight itself.

“This award represents how seriously Barratt Homes takes this problem and its recognition of the proactive measures Staircraft has taken to address the issue of safety on stairs. It is also testament to the strong relationship between our companies and how even a local, medium sized business like Staircraft can stand out among a plethora of new products and suppliers to the volume housebuilding sector.”

Staircraft has been established for over 30 years and is a leading manufacturer of wooden staircases supplying numerous sectors nationwide. A founding member of the British Woodworking Federation (BWF) Stair Scheme, Staircraft delivers more than 750 staircases a week and plans further expansion this year.

The company has a reputation for innovation and investment in software and technology, including its recently adopted SEMA and iPro stair and floor software which is helping to deliver integrated design between stairs and engineered I-Joist floors, an improvement which will become available later this year.

The BWF Stair Scheme is the only accreditation and certification scheme of its kind in the UK. It was established in 2011 to raise awareness of timber stair standards, to give recognition to high quality stairs and to improve safety. Ranging from domestic, common and fire protected common stairs, the standard expected of the manufacturers for their stairs is extremely high to ensure quality and safety. The scheme now represents approximately 70% of the timber stair market, bringing together like-minded manufacturers committed to driving up standards to make the industry more competitive against rival materials and to increase market share. 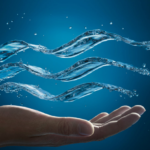 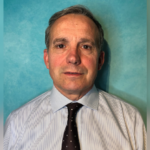 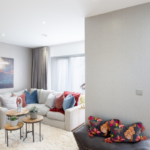